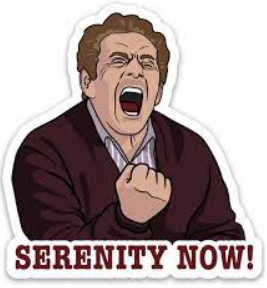 God, grant me the.. what now? Serenity?

When I first heard someone mention serenity in these rooms, I wasn’t sure what to think. It seemed like such a lofty goal, and if I’m being honest, a bit of a reach. Maybe these people had figured out a way to white-knuckle it through life, just barely hanging on, but serenity? A small part of me was certain I’d joined a cult, and that the sacrifice would begin shortly.

After all, what did anyone here have to be serene about? The party was over, the music had stopped, and it was time to pay the check. The drinking part of our lives had ended, and we were resigned to a life of quiet penance and regret. The karmic debt had to be paid. The fun was over.

There were, of course, plenty of people in my first meetings and fellowships who felt otherwise. They were happy enough to say so, and enthusiastic about their recovery. I’d sit in the back glowering, just barely listening, while these odd creatures shared their stories freely, so eagerly. What a strange people. They made no sense to me.

Weren’t they ashamed? Weren’t they worried about what the others would think? Why are they sharing any of this stuff with me? I was so angry. Why weren’t they angrier?

At the time, my idea of serenity was pretty shallow. I pictured a comfortable chair on a beach somewhere, a bank balance with a lot of zeroes in it, and more than enough of something to drink to stay numb for the rest of the day. The “something to drink” was usually the only thing I managed. You better Belize it!

I didn’t want to think about the past, or the present, or the future, really. I didn’t want to make any plans for my life, I didn’t feel the need to really connect with my community or the people in it, and I didn’t really care if I left some kind of lasting, positive impression on the world. Serenity, to me, was cheap and fleeting.

Pursuing that sort of hedonistic lifestyle doesn’t do much to make you truly happy, at least not for very long. I might have felt some simulation of happiness from time to time if that’s what the chemicals involved were designed to do, but the next morning I’d be back to square one.

No problems were solved, and my situation hadn’t improved. I’d have a little less money, and a lot less respect for myself. Toward the end of that sad period of my life, I’d also pretty consistently wake up to find myself in withdrawal, shaking, sweating, or both. The only possible response to that sorry state of affairs was, of course, to do it all over again.

Something in my life had to change.

That wasn’t serenity, despite my desperate insistence that I could find a chemical solution to most, if not all of my problems. It wasn’t even close, in hindsight. I was barely treading water. Deeply, profoundly unhappy, I was sinking further into depression as my alcoholism worsened. I would find a rock bottom, and then I’d dig right through it. The situation was becoming dire, and I was running out of time.

I knew things had to change. I wanted to change, I really did, but I had to give up seeing myself as a victim before that was going to happen, which took a lot of self-reflection. A big part of that was accepting that I wasn’t owed an easy life, or a happy one, but I could make one for myself if I was willing to put in the effort. In any given situation, I knew, deep down, what the next right thing to do was — I just had to do it.

More than anything else, I needed to adjust my definition of what serenity really was, and to figure out what it was in life that really made me happy. If I’m being completely honest, I’m still not exactly sure what that is, but at least I know what it isn’t. It isn’t getting drunk, or high. It isn’t about money, and it doesn’t involve surrounding yourself with people you don’t even really like. 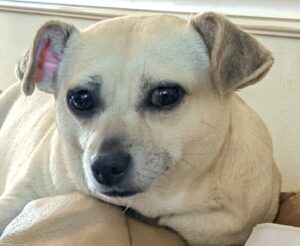 As far as I can tell, it’s about spending the precious time I have left well, making the most out of what I’ve been given, and trying to make life a little bit better for the people (two-legged and four) that I love. I suppose I’ve yet to find that elusive serenity, but I feel like I’m getting closer. With a few years of sobriety behind me, I’m at least content on most days. I’m making progress. I’ll take it.

Need more help to stay clean and sober? We recommend affordable online counseling with a professional alcohol/addiction counselor as a good supplement to working the 12 Steps.

12 Step Online may receive compensation if you purchase products or services through the links provided on this website.

Description: The Night Owls Group meeting is for those in all stages of recovery from alcohol. Meeting Type: This is a closed meeting. Chairperson:  TBD (anyone may volunteer) Opening Literature: Click Here Meeting Rules: Click Here[...]
7:00 am AA – Early Birds
AA – Early Birds
Feb 9 @ 7:00 am – 8:00 am

Description: The Late Night Jamboree meeting is for those in all stages of recovery from alcohol. Meeting Type: This is a closed meeting. Chairperson: Monday, Tuesday, Wednesday: TBD (anyone may volunteer).. Thursday: Alex.. Friday, Saturday: TBD..[...]
Feb
10
Fri
all-day All Meetings in EST
All Meetings in EST
Feb 10 all-day
All 12Step-Online.com meetings are listed in Eastern Standard Time Click here for AA meeting materials.
12:00 am AA – Night Owls Group
AA – Night Owls Group
Feb 10 @ 12:00 am – 1:00 am

Description: The Night Owls Group meeting is for those in all stages of recovery from alcohol. Meeting Type: This is a closed meeting. Chairperson:  TBD (anyone may volunteer) Opening Literature: Click Here Meeting Rules: Click Here[...]
View Calendar

Our 3rd Tradition states “The only requirement for membership is the desire to stop drinking”. Our 7th Tradition states “Each group ought to be fully self-supporting, declining outside contributions”. If you have a buck or two, please donate. If not, keep coming back and someday you might.